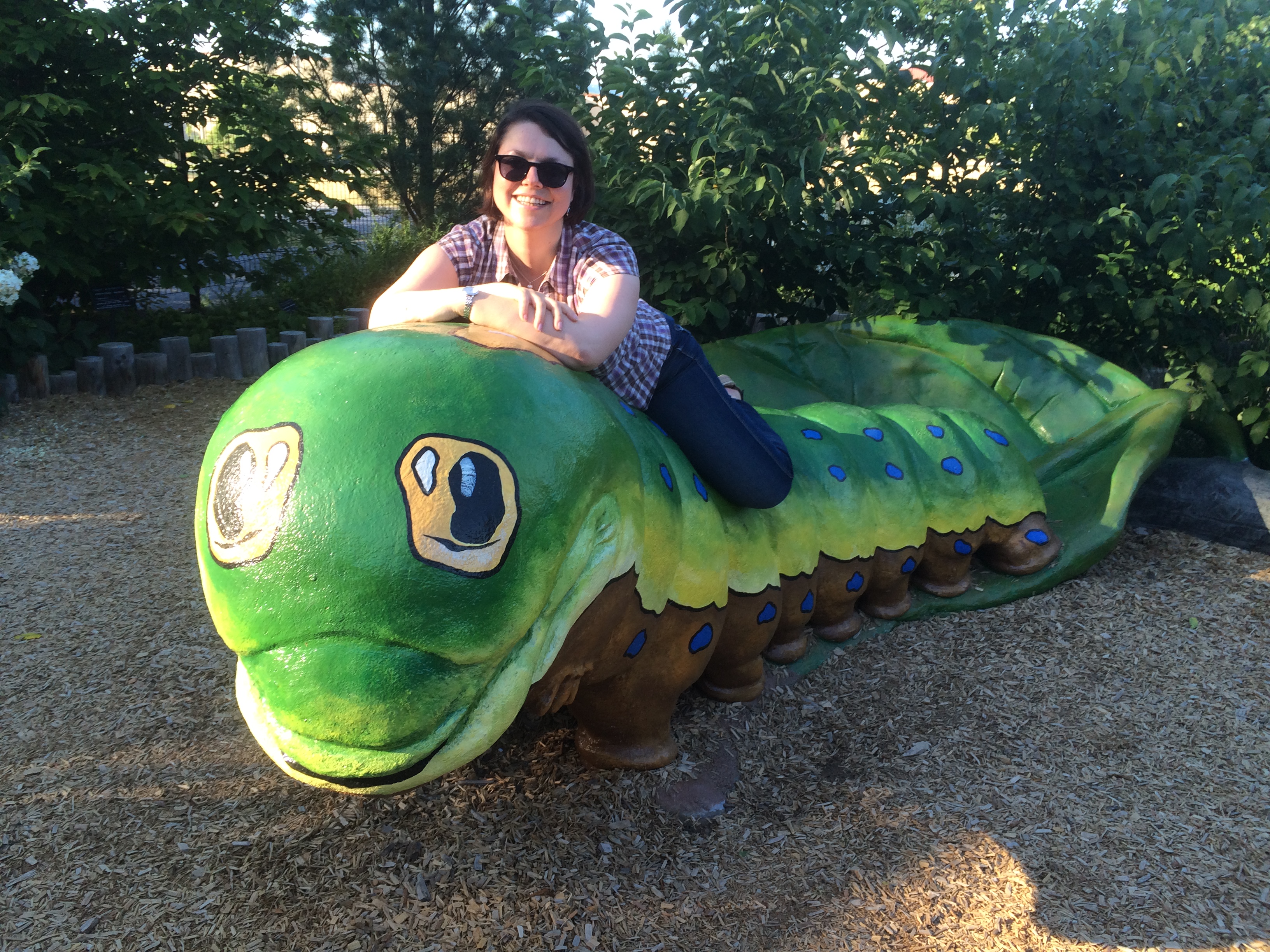 The excitement still went on due to my first trip to the USA to attend the 14th International Conference on Cognitive Modeling at Penn State University. After a long flight that involved a change of planes and a panic attack, I arrived at the cutest little airport I have seen so far and was suddenly called “ma’am” by the polite people everywhere. A strange experience, but I was really impressed by the wide space everywhere and of course the nice people (although I had some difficulties with the accent in the beginning). To finally meet the international ACT-R community in person was at least as overwhelming as the experience in Bochum before! In addition to the scientific part, I had some time to discover hidden treasures of the city, like the Arboretum or the Palmer Museum of Art. When I looked out of the plane window during my departure, I already started to miss the spacious surroundings and the cosy buildings, and promised myself to come back some day.

A further highlight in 2016 consisted in the chance to refresh old memories by visiting Bochum, my former place of residence for four vivid, instructive and also challenging years. The occasion was another international conference, the 9th International Cognitive Load Theory Conference that especially addressed research related to the Cognitive Load Theory, a main focus of my PhD research. Since lots of “big names” in the field were present at the event, above all John Sweller himself, it was quite overwhelming! 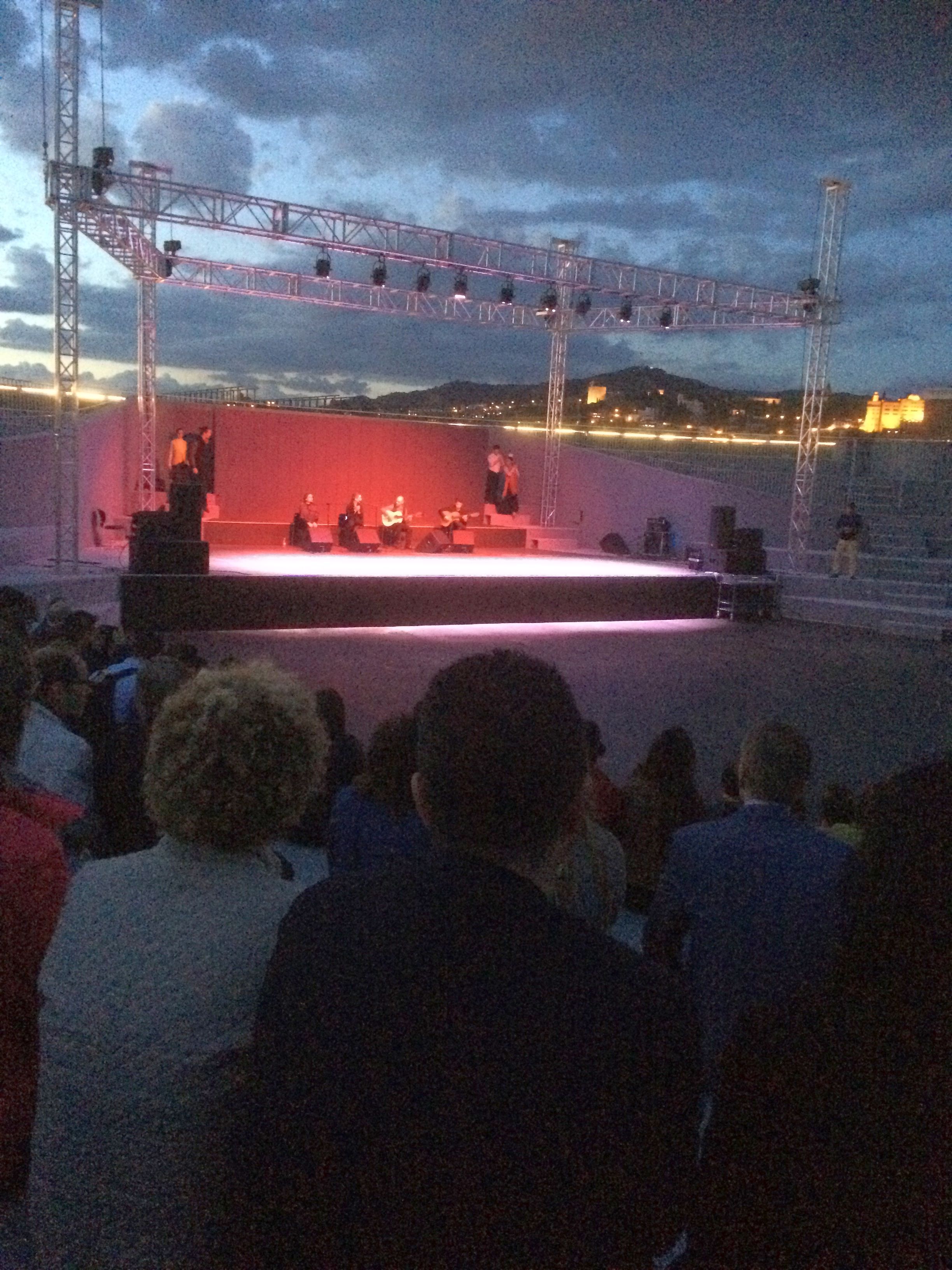 The 2nd International Meeting of the Psychonomic Society in Granada was the first international conference that I attended since starting my PhD, and this experience particularly increased my confidence in presenting my results at an international stage to a broader audience. Moreover, the conference attendance really fostered the development of my scientific network, particularly during the social events. Such was even more the case within a speed mentoring session, which had been organized by the related society for “Women in Cognitive Science” and took place right before the conference started. All social events were really impressive, since the organizers had put a lot of effort into providing us unforgettable experiences. The welcome reception included a typical flamenco show that was truly amazing, another event comprised an exclusive guided tour through the Alhambra, which usually has a long waiting list for tourists, and the conference dinner took place in the beautiful Alhambra Gardens. In addition to getting familiar with the beauty of these places, during all events I could chat with interesting and important people in my field, discuss my research and get helpful advice that supported me in proceeding within my PhD project.

When contributing to a conference, one possibility besides submitting an individual talk or poster is to organize an entire session, mostly called “symposium” or “work group” or something similar. On the occasion of the 58th Conference of Experimental Psychologists in Heidelberg, I decided to organize my first symposium that covered the topic of “Extending experimental cognitive research with ACT-R”. In addition to my own talk, I had invited former colleagues from Berlin and a colleague from Heidelberg. I also received very kind and encouraging support by Professor Verena Nitsch, who had provided a fascinating guest lecture at CrossWorlds just a few month before.

With 2015, new challenges emerged that involved a quite ambitious application procedure and a relocation from Berlin to Chemnitz, after I successfully got the desired PhD position in the Research Training Group CrossWorlds. Right from the beginning, I was eager to jumped into my research and make progress in my project. To get valuable advice already at this stage, my conference history continued by attending the Summer School Human Factors, organized by colleagues from the chair of Cognitive Psychology and Cognitive Ergonomics at TU Berlin. It was really helpful to present my ideas within a focus group and get feedback from my former academic teachers Professor Manfred Thüring and Professor Dietrich Manzey. As a further highlight, the informal conclusion involved a round of blacklight minigolf.

Before the year ended, I could visit Berlin again for the 11th Berlin Workshop Human-Machine Systems. I also introduced my PhD project there and participated in amazing social events. Most impressive, we did a boat trip at the river Spree while enjoying a traditional Berlin buffet and listening to exciting historical facts.

The year continued, and while my master thesis took shape, due to existing contacts I got notice of the conference on “Theory, Development & Evaluation of Social Technology” organized by the Research Training Group CrossWorlds in Chemnitz. My submitted contribution on interruption and resumption in a smartphone task, resulting from my master thesis, fortunately got accepted and thus I had the opportunity to present my work there. In addition to the scientific program that featured several high-class keynotes and invited talks, the CrossWorlds members had organized an incredible dinner at the restaurant Janssen. This particular conference already provided me the chance to establish stable connections to the local colleagues in Chemnitz, which helped a lot during the following years.

Like the year before, 2014 kept me busy with studying and teaching, particularly due to my master thesis. Since this involved dealing with ACT-R to a large extent, I seized the chance to travel to the Netherlands together with my colleague Sabine Prezenski, and attended the 4th ACT-R Spring School at the University of Groningen. Under the kind supervision of Menno Nijboer and Professor Niels Taatgen, I could improve and extend my model within the master class.

As I already mentioned, volunteering at a scientific conference provides an excellent way into the scientific community. Luckily (and conveniently due to residing in Berlin anyway), I had this chance twice that year, at the 35th Annual Meeting of the Cognitive Science Society and the 10th Berlin Human-Machine Systems Workshop. I actually learned a lot at both events, met interesting people and enjoyed delightful social events. When else do you have the opportunity to get a free lunch at Hilton?

After entering the stage, I even had the chance to proceed straight to the next conference, the 8th Conference of the Media Psychology Division in Würzburg, to give another talk on the results of my bachelor thesis. Attending this conference has been worthwile in many respects, as I had the first encounter with the Research Training Group CrossWorlds by meeting my future colleague Daniel Pietschmann, who gave me valuable information about this project.

The year 2013 turned out to be a really important year for me. Not only did I step into academic teaching as a tutor at the chair of Human Machine-Systems at TU Berlin, but I also gave my scientific debut at the 55th Conference of Experimental Psychologists in Vienna. My first English conference talk addressed the core findings of my bachelor thesis and would not have happenend without the encouragement of my great supervisor Professor Günter Daniel Rey (who would also become my PhD advisor). I still enthuse about the beautiful university building and the marvelous city, thus I am very grateful that I had this option!